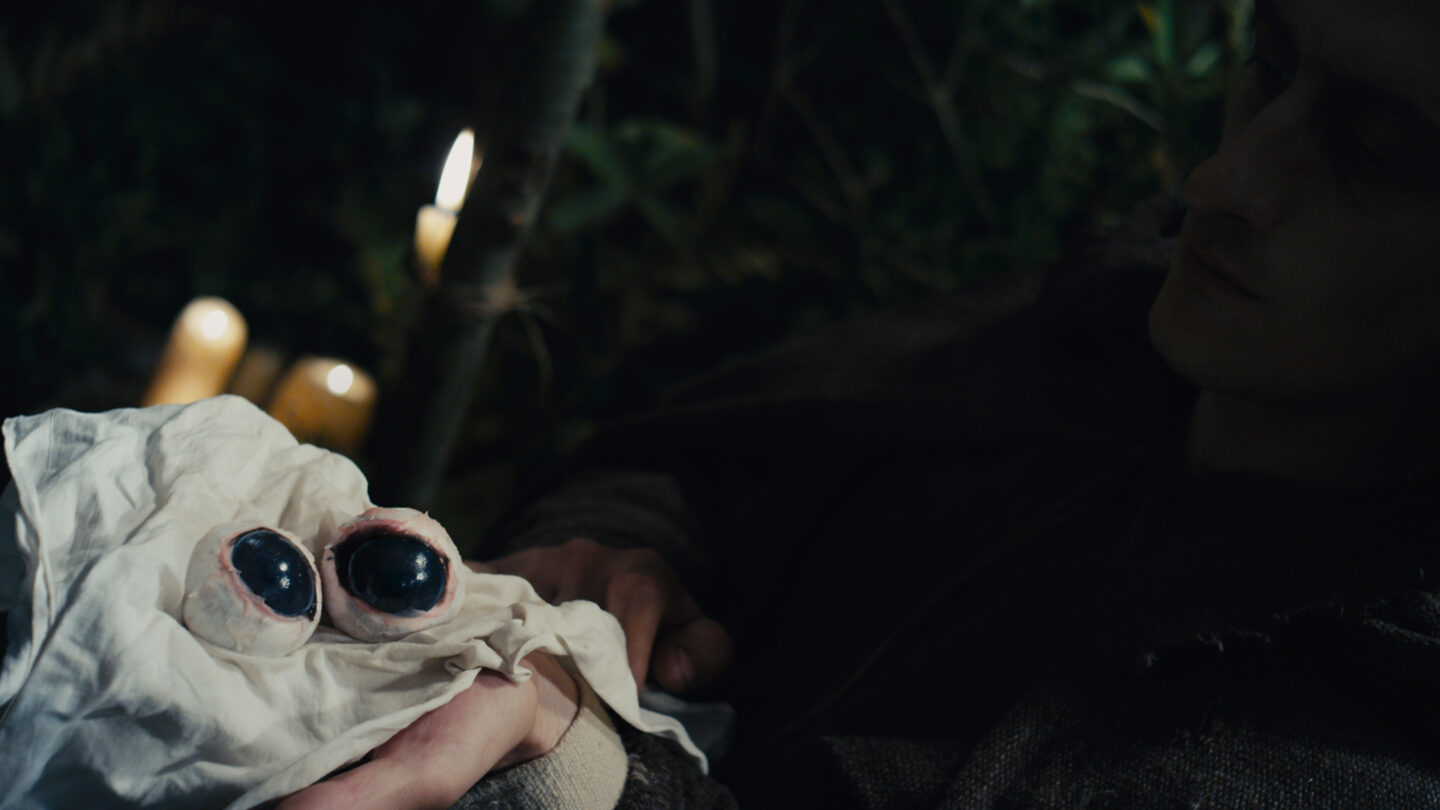 Initiated in 2014, The Unmanned is a long-term project by Fabien Giraud and Raphaël Siboni in the form of a series composed of three seasons. This vast epic, while mimicking the classic form of a great narrative, offers a history of technique that is not one of instruments and tools to serve human production, but a history of man himself as a technological production. From this reversal – and of ourselves as artifacts – gradually emerges, throughout the series, an image of history as the unlimited form of our own uprooting.

The first season of The Unmanned, made up of eight films, retraces a history of computation through an exploration of the invention of modern computation and the consequences of its automation in machines. Going backwards in time, it opens in 2045 with the death of Ray Kurzweil, a famous engineer and promoter of technological immortality, and closes in 1542 with the arrival of the first conquistadors and the death of animal gods in what will later become Silicon Valley.

In view of the eight dates that make up this first season, the growing influence of algorithms on our present appears in a new light: computing has never been a neutral and abstract process detached from political and social contingencies as it is commonly described today. On the contrary, it is revealed here as the product of a complex history in which intersect and intertwine the labor struggles of the nineteenth century (1834 – La Mémoire de Masse), the emancipation movements of women in the 1920s (1922 – The Uncomputable), European colonialism of the 16th century (1542 – a flood) or institutional homophobia in 1950s England (1953 – The Outlawed).

The first season of The Unmanned is built as an attempt to navigate within this history. Going back in time, it tries to make of each event, of each inflection, the possible juncture of a completely different becoming.

Inspired by the writings of the feral child Kaspar Hauser and told by the young Friedrich, both father and son of Ray Kurzweil, this story unfolds on the microscope images of a blade cutting through metal. Filmed at the scale of a fold of matter, this cut is the axiom on which the first season of the unmanned rests.

First episode of the series the unmanned, “the death of ray kurzweil” shows the wandering of Ray Kurzweil (promoter of a technological immortality and of transhumanism) along with his father-son, Friedrich, in the vastness of a tropical forest. This film of anticipation, entirely filmed by drones, takes place in 2045, at the critical threshold of technological singularity.

Second episode of the unmanned series, “the brute force” reconstructs the minutes following Garry Kasparov’s defeat against the IBM Deep Blue computer on 11 May 1997. A camera with computer-programmed movements scrutinises the elements of an empty setting after the chess champion has left the scene, thus abandoning it to the disproportion of a world without its own scale.

Third episode of the unmanned series and replicating the editing structure of “1834 – la mémoire de masse”, “the outlawed” takes place in august 1953 on the island of Corfu, in Greece, at the Club Méditerranée resort where Alan Turing spent his last summer. On a sunny afternoon, the mathematician and inventor of the modern computer, subjected to hormonal treatment after being convicted for his homosexuality, embarks on a makeshift raft to study the morphogenesis of marine organisms. As he explores the coast, the raft progressively drifts away. In the absence of any shore, lost at sea, an ungrounded scene unfolds.

Fourth episode of the unmanned series, “the uncomputable” is the story of a failure: the building in the northern plains of Scotland of a giant climate prediction factory by meteorologist Lewis Fry Richardson. This enormous inverted terrestrial globe supposed to host 64,000 women-computers and able to forecast the world weather was never built. Partly shot in a wind tunnel (used for aerodynamics simulation), this episode shows the impossible attempt at building the factory and the collapse of its hypothesis of a global computation. As a storm breaks out over the construction site for the simulation, the film itself and all of the parameters are progressively turned inside out.

– in which predicting its past it lives working and dies fighting –

Fifth episode of the unmanned, “la mémoire de masse” unfolds during the Second Canuts revolts in Lyon in 1834. These riots, now known as the ‘bloody week,’ came as a reaction to the automation of work in the silk industry by the jacquard loom and its implementation of the punched card – the first historical ‘mass storage’ system allowing the inscription and replication of complex weaving patterns. This inaugurating event in the history of worker’s emancipation movements of the 19th century is actually the first revolt against modern computation. Fully computer-generated, the riot sequence that splits the film in two parts operates a reversal of history by transforming a revolt against the algorithm into an algorithm of revolt.

Sixth episode of the unmanned and sharing the same camera movements as the episode “1997 – the brute force”, “mil troi cens quarante huyt” refers to the appearance of a comet in 1759 – thus validating the computation and rational prediction of its return by the British astronomer and mathematician Edmond Halley. The action of the film goes back four centuries earlier, in 1348, and unfolds around one unique scene: the escape and the death of a bishop and his court in a forest during the first major outbreak of the black plague which was said at the time to be born in the hair of comets.

Seventh and last episode of the unmanned, “a flood” is set in 1542 as the first conquistadors enter the land later to be known as the Silicon Valley. Mining the colonial past of the region, and entirely generated and edited with an autonomous artificial intelligence system, this film for and by machines only features the return of an intelligence to its place of origin and the death of the animal gods who used to live in it. Closing the series onto itself with a machine trained solely on its first episode (“2045 – the death of ray kurzweil”), it shows the wandering of an inhuman vision trying to revive meaning by recognising itself on the god’s corpses.

Fabien Giraud (1980) and Raphaël Siboni (1981) live and work in Paris, France. They have been collaborating since 2008. Both coming from documentary practices, their common work, which mixes sculptures, films and performances, aims at exploring and making real the hypothesis of an entirely other world. From 2014 to 2022, they’ve been working on the series entitled The Unmanned, a historical epic composed of multiple episodes retracing in reverse over three seasons an alternative history of humanity. They have exhibited at Mona (Australia), the Liverpool Biennial (England), the Lyon Biennial (France), the Okayama Triennial (Japan), the Palais de Tokyo (Paris) and Casino Luxembourg (Luxembourg).