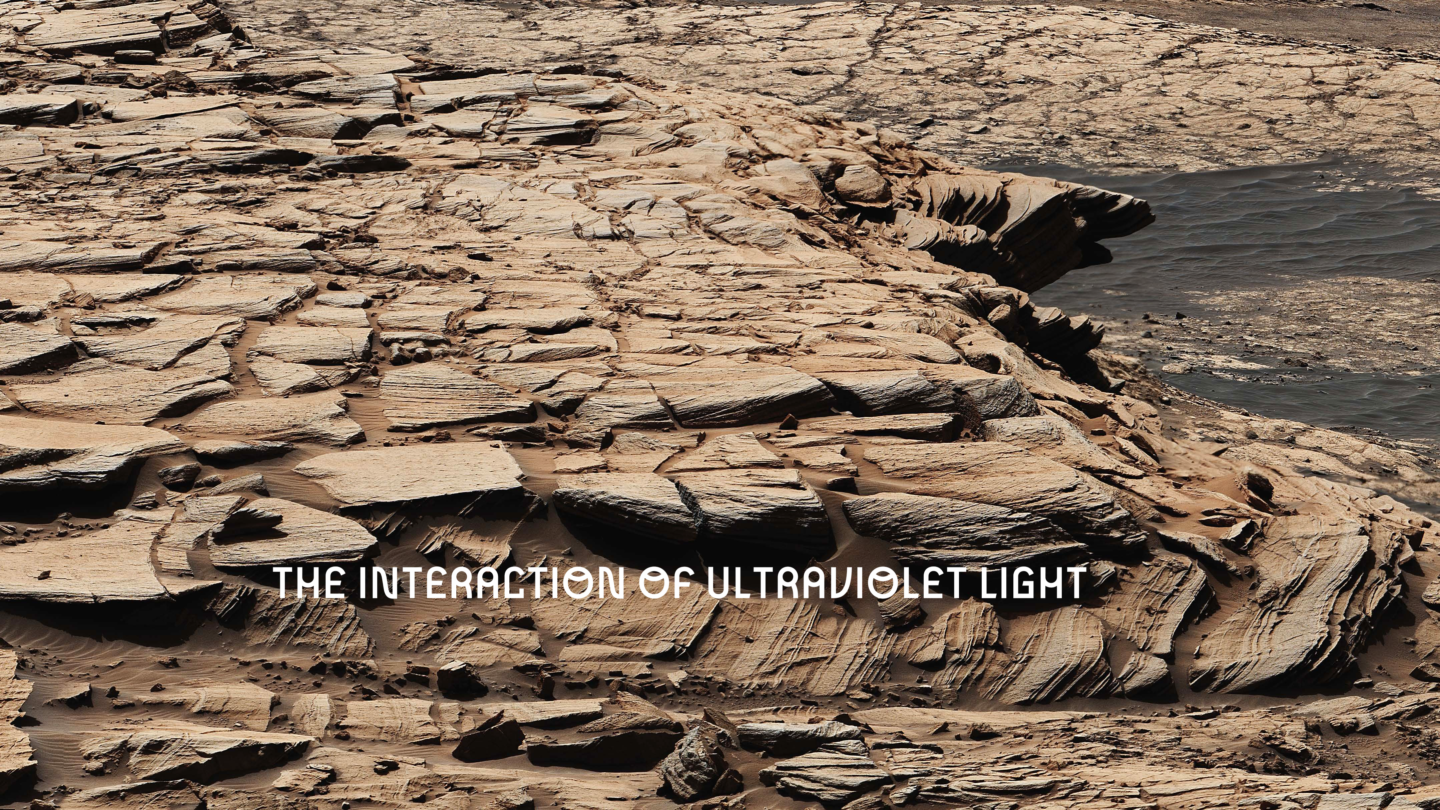 Commissioned by the Biennale Warszawa.

The Future Light Cone is a multimedia installation developed in three complementary axes.

The language: The public discourse about the exploration of space from 2016 onward with its epicenter in Silicon Valley, adapts a language that evokes narratives and imaginaries of colonialism. This language affects the present political and economical conditions on Planet Earth. Could we think of a new anti-colonial language to talk about space exploration? What role could feminism play in that?

The world or the landscape: In both science and science fiction space exploration evolves around anthropocentric views of the worlds and the landscapes. Worlds that are being explored, conquered, terraformed, shaped or destroyed with the human agency, which is repeatedly and exclusively placed in the foreground. Other worlds may have agency with “whom we must learn to converse[1]”. Observing other worlds with care could work against the reproduction of colonialist logics of expansion. Are we able to discern knowledge systems that exist outside of human cosmologies?

The ideology of longtermism: Embraced and supported by multimillionaire tech companies, longtermism gives precedence to „space expansionism” emphasizing the necessity to “colonize our future light cone” in order to escape existential risks on earth. The term “future light cone” refers to the region of spacetime that is theoretically accessible to us. According to longtermists, our future light cone contains a huge quantity of exploitable resources that humanity must exploit for its own prosperity. How is this kind of thinking getting in line with emerging space economies, extractivism and political views?

Parts of the installation:

The Perseverance Rover has landed on Mars on February 18, 2021. Enhanced by artificial intelligence the rover detects signals, that have never been received before. Apart from the martian wind it transmits a nonhuman message. Could it be transmitted by the landscape, the rocks or even the ancient ocean, buried in the crust of the planet?

Parts of the installation:

The rover captures its own tracks on Mars. A geodesic dome as the ideal structure for a settlement along with camera calibration targets are part of this composition. The ‘Conquering the (American) wilderness’ (1890) is depicted on the bottom image, making a straight connection to Trump’s invoking tweet on American (space) expansionism on July, 7th 2020.

Rocky surface captured, while searching for conditions that may have supported ancient microbial life. Part of the composition are optic fiber submarine communication cables and camera calibration targets. The conquest of Jacatra in 1619 by the Dutch East Indies Company is depicted on the bottom image as a reminder of the connection of colonialism, global power hierarchy and environmental degradation.

The rover captures Gale crater, probably an ancient lake, an ideal place to study how water influenced the habitability of Mars billions of years ago. Part of the composition are also the sketch of a future light cone and on the bottom image workers coiling Atlantic telegraph cable in a tank in 1865.

Part of the composition are the martian satellites Phobos and Deimos, meteorites captured on Mars and a press image of a SpaceX spaceship on Mars. The bottom image features a worker coiling Google’s new atlantic cable.

The rover captures one of the oldest rocks it sampled. Part of the composition are images of Perseverance’s parachute, cameras calibration tools, the martian core along with images of Mars’ terraforming stages. On the bottom image highly magnified lifeforms brought up from the bottom of the Atlantic Ocean in sounding for the submarine telegraph in 1856.

Martian Landscape, by Curiosity rover on sol 3.078 of mission.

The rock formation Mont Mercou with layers of sediment that form a record of Mars’ geological and climate history. Part of the composition are inscriptions on the latest rover, the Perseverance, that landed on Mars during the first year of the pandemic. A DNA helix along with a snake plate that commemorates the impact of the COVID-19 pandemic paying tribute to the perseverance of healthcare workers. On the bottom image an illustration of Earth, the Sun and Mars. Within the Sun’s rays is a message reading “explore as one” in Morse code.

Depicted on this series of tapestries are several martian landscapes selected from the NASA image collection. Could this ‘documentation’, this idea of bearing witness inform our choices and responsibilities towards other worlds? Being presented on these woven surfaces, the landscapes come to the foreground with an imposing materiality. Following the tradition of tapestries, the borders are decorated with colorful motives, images that depict technological tools (calibrators, fiber optic cables, spaceships etc.) and historical images that represent the colonial aspect of exploration and technology advancements (coiling of transatlantic cables, ‘the conquering of the west’ etc.). Short texts collected from the broad discussion on space exploration are used on the upper parts of the tapestries. Either as woven sails, as packable shelter or as a rich and warming decoration on walls tapestries have been part of human movement and settlement through the centuries.

This series of notes seeks to lay out the three axes of the project looking into the discource on space exploration, the landscape and the extractivism approach, the longtermism ideology as well as the scientific evidence collected on Mars.

Deprived of Physical Objects of Affection

Wolfram (W) on the periodic table is called also Tugsten, Swedish for “heavy stone”. Tungsten one of the densest elements, is used among others for paneling nuclear fusion reactors and rocket engine nozzles. It was first mined in 16th century in Germany, while currently the Nanling Mountains in southern China contain about half the world’s tungsten deposits. The cube’s high density offers a pleasing sensory contrast to the intangibility of digital currency and products, this justifying the hype among digital investors. The cube is showed here both for its ‘dense’ materiality but also because of its connection with extractivist practices.

Kyriaki Goni is an Athens born and based artist. Working across disciplines and technologies, she creates expanded, multi-layered installations. She connects the local with the global by critically touching on questions of technology, more specifically on surveillance, distributed networks and infrastructures, ecosystems, human and other than human relations. Her work gets exhibited worldwide in solo and group shows. Recent solo shows were presented at Onassis Cultural Centre, Athens; Aksioma, Ljibjana; Drugo More, Rijeka. Recent group exhibitions include Ars Electronica, 13th Shanghai Biennale, Transmediale2020, 5th Istanbul Design Biennial, Glass Room San Francisco, Melbourne Triennial, etc). She is a Delfina Foundation alumna (2019), and she has received fellowships such as Allianz Kulturstiftung (2021), Niarchos Artworks fellow (2018), etc. Her latest work Data Garden received the Greek state prize INSPIRE2020.  Her works are part of private and corporate collections. She is a graduate of the Athens School of Fine Arts with an MA in Digital Arts, before which she had pursued a BA and an MSc in Cultural Anthropology and Developmental Sociology from Leiden University. Further info at kyriakigoni.com