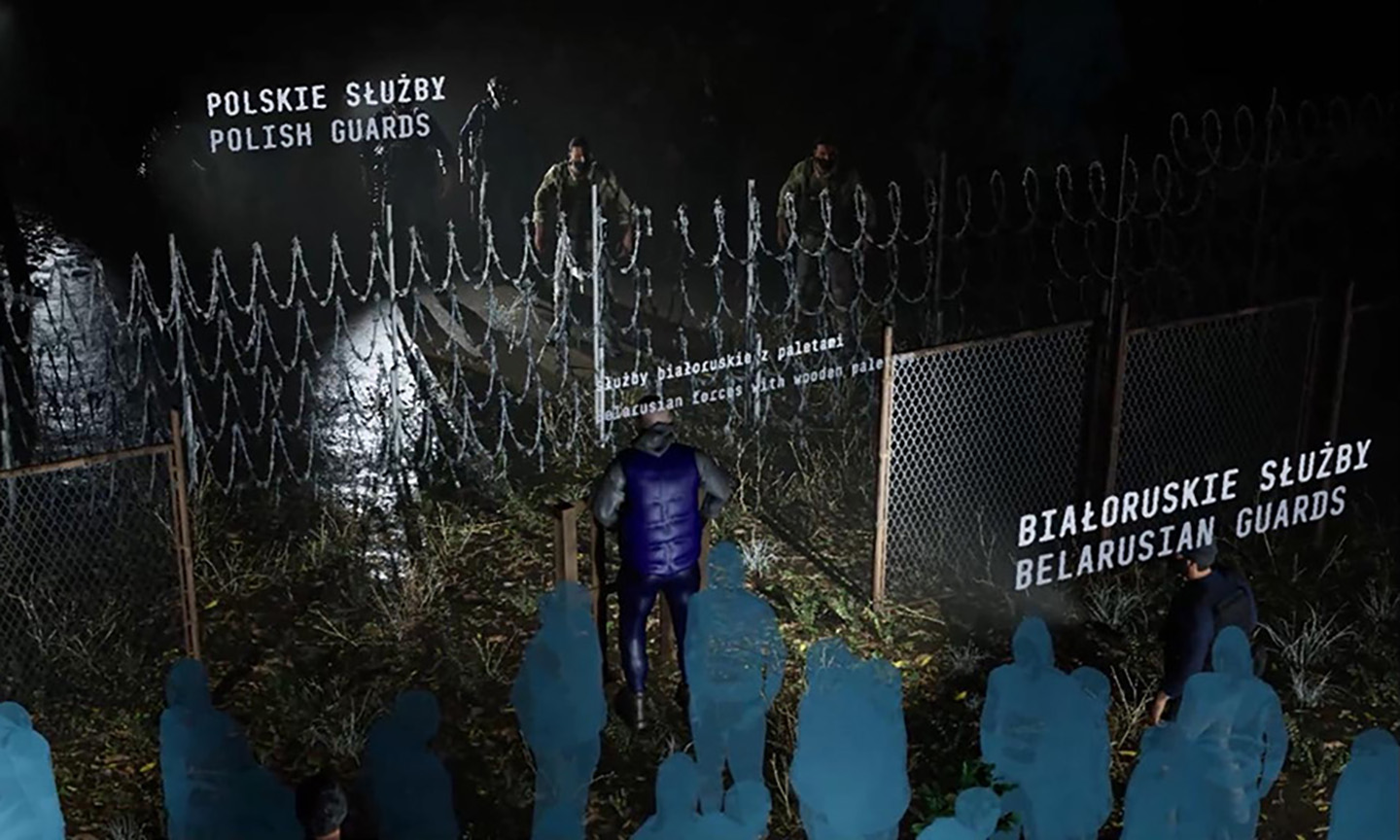 The objective of the collective’s work is detailed documentation and reconstruction of individual stories that happened in the border zone between Belarus and Poland, known as the death zone. Based on methodology and forensic tools[1] (digital investigation) audio-visual material was created which documents two stories of people who experienced violence, push-backs and violations of their human rights by the officials from both Poland and Belarus. A digital reconstruction in the form of a film presents evidence collected in the course of the research process using situated testimonies, geolocation data mapping, audio-visual materials and 3D reconstruction. The collected body of evidence will highlight the forms of violence used by the officials of both countries during the humanitarian crisis against migrants who cross the border in an unregulated manner. The project will be developed in the long-term.

Border Emergency Collective is a research team specialising in combining activist practice with theory, OSINT and experience in the field of architecture and film. The group was formed in response to the ongoing humanitarian crisis on the Polish-Belarussian border and the increasing scale of violence toward migrant people perpetrated by the officials of both countries.